Find your holiday
Sorry, our parks are temporarily closed due to the Coronavirus pandemic
See Details

Home / Latest News / Enjoy Short breaks in Yorkshire – there’s so much to see and do!

Enjoy Short breaks in Yorkshire – there’s so much to see and do!

If you’re considering taking short breaks in Yorkshire this year then you don’t have to worry about not being able to fit everything in. A three night break in this beautiful part of the world means you still have the time to explore somewhere in great detail.

And to help visitors to Flower of May’s Yorkshire holiday parks even more, Visit Britain, the country’s tourism body, has put together an essential guide to York and, more specifically, 48 hours in this historic city.

So what exactly can you do in York in such a short period of time? Well, as it happens, quite a lot…

For anyone considering short breaks in Yorkshire in 2016, a visit to York is a must. The Vikings, Romans and chocolate left a lasting impression on this city. It is regarded as one of Europe’s most haunted cities, it boasts the largest Gothic cathedral in Northern Europe as well as the largest railway museum in the world. Add to that a jam packed events calendar, and you can see why it is such a popular place to visit. And it’s only a stone’s throw from Goosewood Holiday Park, as well being a short distance from our other Yorkshire holiday parks.

So, if you’re planning a short break in Yorkshire and want to spend most of your time exploring York, where should you start?

Day 1:
10AM: Take a walk up to York Minster, the largest gothic cathedral in Northern Europe. This landmark building impresses with dazzling stained glass, inspiring architecture and historic artefacts. Enjoy breathtaking views of the city by climbing the 275 steps to the top of the tower.

11.30AM: Walk the city walls: At 3.4km long, York’s city walls are the longest and best preserved medieval city walls in England. It should take you about 2 hours to complete the entire circuit.

1.30PM: Grab some lunch in the ‘Shambles’: Explore the many take-aways and restaurants in York’s oldest street, the Shambles.

2.30PM: Catch a glimpse of The Flying Scotsman, which returns to York’s National Railway Museum in 2016 after a £4.2million overhaul. The return of this legendary steam locomotive will be marked by a season of homecoming celebrations at the museum and around Britain.

4PM: Sticking with the train theme, travel back in time to an era of luxury and dine aboard the Countess of York. This beautifully restored rail carriage is stationed in the South Gardens of the National Railway Museum. Its Afternoon Tea is a civilised treat with a Yorkshire twist: sandwiches and savouries include Yorkshire blue cheese and red onion marmalade tart, scones are baked to a traditional Yorkshire recipe, and homemade fancies include Parkin crème brulee.

6.30PM: Enjoy a bite to eat in one of York’s many top restaurants, including the likes of the stylish The Star Inn The City, which specialises in honest and delicious Yorkshire cooking.

8PM: Take in a show at the York Theatre Royal. Reopening in spring 2016 after a major £4.1million redevelopment, forthcoming productions include Shakespeare, opera, ballet, Sherlock Holmes, and the world premiere stage adaptation of Evelyn Waugh’s acclaimed novel Brideshead Revisited. The TV drama was filmed partly in Yorkshire, Castle Howard standing in for the ancestral seat of the Earl of Moschmain.

DAY 2
10AM: Visit York Castle, which was built by William the Conqueror built in 1068 shortly after the Norman Conquest, to cement his status over this former Viking city. The castle endured a tumultuous early history and its keep, known as Clifford’s Tower, is almost all that remains.

11.30AM: Indulge in some retail therapy. If there’s one thing York is good for, it’s shopping. The city is jam packed with independent shops and national retailers; it really is a shopper’s paradise. There’s even an impressive out-of-town shopping outlet on the outskirts of the city too.

2.30PM: After a spot of lunch perhaps it’s time for something sweet… While neighbouring towns made their wealth from wool, cotton and steel, York made its profits from chocolate. Some of the world’s best-known names in chocolate were concocted in York. Joseph Rowntree created bestselling brands including Kit Kat, Smarties and Aero, while Joseph Terry gave us the Chocolate Orange and All Gold collection – inextricably linked with York’s social and industrial past, these sweet empires are now part of Nestlé and Mondelēz International respectively. You’ll find evidence of this chocolate heritage throughout York.

8.30PM: Unearth York’s spookiest secrets, if you dare: York has a spooky past. Infamous highwayman Dick Turpin was executed here in 1739, and local folklore is full of similar tales of tragedy and death. Experience the shadowy side of York on one of numerous nightly ghost walks.

9.30PM: How about a nightcap? Whisky, gin… or a ghostly spirit
Afterwards, steady your nerve with a stiff drink at The Golden Fleece – York’s most haunted pub. Said to have five resident spirits, there have been numerous reports of ghostly apparitions and moving furniture. Or sample a vast range of local and international craft ales at The House of the Trembling Madness, an atmospheric ale shop and inn that also serves pub food, snacks and shareable platters.

For short breaks in Yorkshire, where 48 hours is more than enough time to explore historic York, stay at Flower of May’s Yorkshire Holiday Parks. Goosewood Holiday Park is only 7 miles from the city centre.
For more details on our accommodation, click here, or to book your short break in Yorkshire call us today on 01723 584311 or book on-line here. 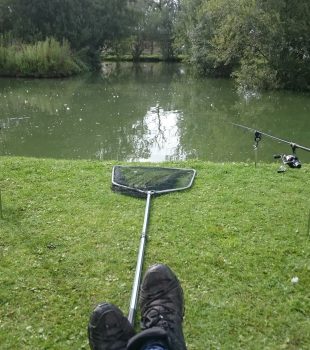 Relaxing with a bit of fishing. 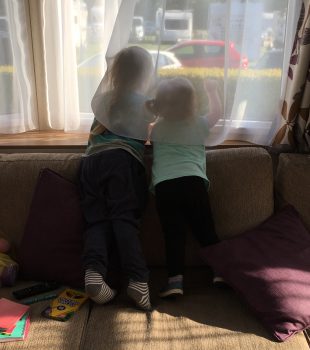 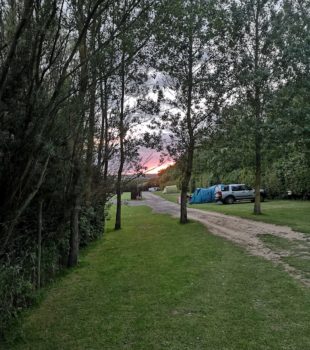 So serene and peaceful

Post by Rachel
Stayed at Flower of May
See more

to never miss out on our latest great deals...

Book online
Get in touch
Site designed by

We use cookies on our website to ensure that we give you the best experience and improve our services. By using our website we will assume that you are happy to continue. Find out more.